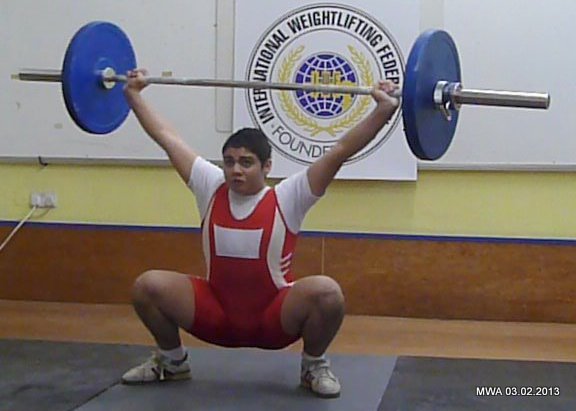 The first Malta Weightlifting Association ranking competition of the 2013 season was held at Cottonera Sports Complex. While the national team took a well-deserved rest following their participation at the Mediterranean Cup in Brindisi last week, it was a great opportunity for the younger generation of lifters to take the spotlight.

In the cadets Rylee Borg and Blake Vassallo both gave a good performance, with Rylee coming out the better of the two, with 116 points. In the youth’s section, Malcolm Camilleri started off his season convincingly by shattering all three national records in the 50kg category – having lifted 37kgs in the Snatch, 49kgs in the Clean and Jerk and also achieving a total of 86kgs.

Also in the youth’s section, Owen Bugeja gave a solid performance with all six successful lifts, finishing off with 136 points, just 25 behind Malcolm. EmersinBugeja and KeiranMifsud battled it out to finish off the youth’s competition with 172 and 177 points, respectively.

The junior’s section saw an interesting matchup between twin brothers Hayden and JoranFarrugia. While both achieved the same total of 150kg, Hayden was the more successful of the two with 179 points, as opposed to Joran’s 166 points, by virtue of lighter body weight.

To conclude the competition, the senior’s section saw Charles Degorgio achieve a point best of 240 with a successful 85kg Snatch and 105kg Clean and Jerk. In the same category, Ryan Agius trailed behind Charles with 182 points, also a personal point best.