7th place for Yazmin in the CWG 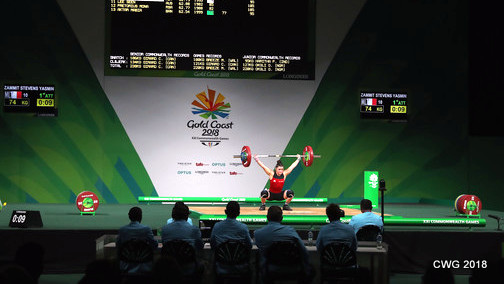 Yazmin Zammit Stevens produced Malta’s best performance at the Commonwealth Games so far after she placed seventh in the 63kg category of the weightlifting competition.

Zammit Stevens, who is the only member of Team Malta who qualified for the Games on her own merit, set three new national records on her way to an overall score of 174kg, a new national record, that placed her seventh from 13 finalist lifters.

The Maltese lifter produced an impressive performance in snatch with record lifts of 77kg and 79kg.

Canada’s Maune Charron wont he gold medal with a total of 220kg. England’s Zoe Smith (207kg) took silver ahead of Mona Pretorius, of South Africa, who settled for bronze on 206kg