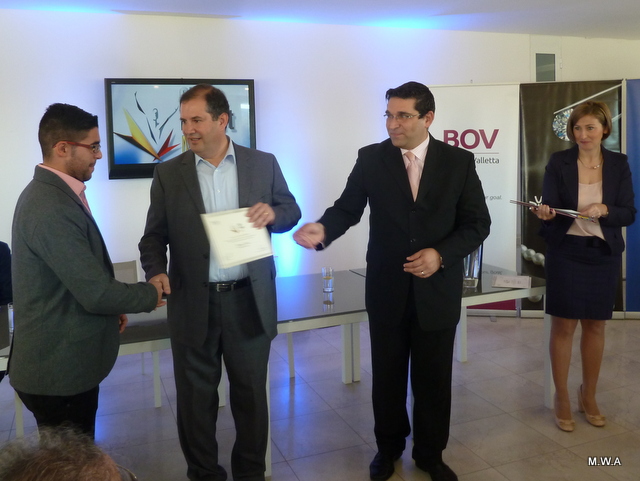 Rodmar Pulis receives a certificate of merit for his achievements in weightlifting during last year, from Stefan Buontempo, the Parliamentary Secretary for Sport together with KMS Chairman Luciano Busutill.

Nicole Gatt﻿ is in the Final for the Best Young sport person while Jesmond Caruana﻿ is in final for the best Official of the Year. The Malta Weightlifting Association is very proud the achievements obtained both in national and international scene. The final will take place on 15th March at the Radisson Golden Sands Resort.