Although weightlifting might be considered by many to be a relatively new sport locally it is certainly not. The first recountedevents of Olympic weightlifting in Malta were recorded right after the Second World War, when English service men brought the game to the island.

The first club was registered under the name of Malta Premium Physical Culture Club situated at the Sliema school and it was actually registered with the British Amateur Weightlifting Association.

At that time weightlifting was a mixture of gymnastics, hand balancing, strength feats and bodybuilding. The Maltese showed interest and in the fifties this sport flourished. But the common practice of immigration at the time drove many lifters away from our islands leaving this sport to die a natural death.

It was one of these same immigrants, who decided to return to his homeland, by the name of Charles Mifsud who rekindled the love of this sport on our islands. In the early seventies Mr.Mifsud achieved the title of Australian national Champion in his category several times. It was disappointing for him, on his return here, to find that no official recognition to his sport existedand no association was registered within the Malta Olympic Committee. Thus the man who will always be known as the ‘father of weightlifting’ in Malta embarked on a mission to create the Malta Amateur Weightlifting Association. The Association was set up in 1975 and was formally recognized by the International Weightlifting Federation at the Montreal Olympic Games in 1976.

Apart from local competitions and exhibitions held regularly around the island, the M.W.A. successfully organized several International competitions, which apart from increasing the popularity of the sport gave a lot of international exposure both to our athletes and officials.

The following is the list of competitions organised by the M.W.A in the past thirty years:

From time to time this sport manages to yield individuals who make their mark and even fair well internationally.

The most significant results were from athletes such as Leonard Farrugia.

Richard Attard and Ian Grech obtained bronze medals in their respective categories at the prestigious Welsh tournament, the Silver Dragon in 1994. In the same competition Simon Brincat acquired the silver medal in his category.

In 1999 Michael Micallef earned the Best Lifter award in the Small Nations Tournament held locally, in so doing he also established new records in this same tournament in the 56kg category with 90kg Snatch, 110kg Clean & Jerk and a total of 200kg

During that period the best athletes showed and achieved their best results after persevering training during their yearly preparations. Mike Micallef, Kevin Cassar and Noel Coliero where awarded and received the Medal for such determination. This was a proud moment for these athletes asno other Country ever achieved and won both championships since the founding of the ESNT.

Kevin Cassar completed his preparations for the Commonwealth Games in Manchester 2002 after achieving the qualified standard for the games. This was another milestone for the MAWA as the association had an athlete representing it for the first time.

In 2004 Noel Coleiro obtained bronze medal in his respective category in the Welsh Silver Dragon tournament. That same year, the female side of this sport received a boost when RodienneMifsud received the bronze medal in the Commonwealth Championships.

Sadly,by the end of 2004 the Malta Weightlifting Federation received a blow when its founder, the President Mr. Charles Mifsud passed away. Mr. Mifsud will always be remembered for his exceptionalcontribution to this sport. Luckily the fruit of his labour still flourishes today and is still progressing and continuing to bring success to this sport. 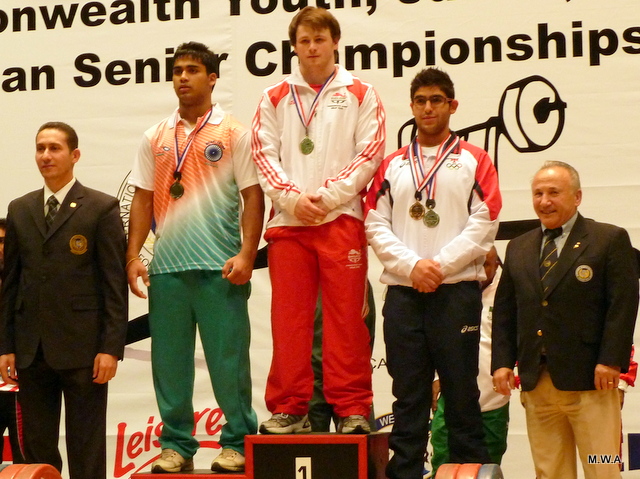 In 2011 Rodmar Pulis  obtained bronze medal in Juniors and Silver medal in Youths in the 77kg category in the Commonwealth Championships in Cape Town.

2013 a successful year for Rodmar Pulis when he qualified to represent Malta in the Mediterranean Games in Mersin.

2013 another milestone for Malta weightlifting when  Rodmar Pulis  qualify to represent Malta in the Universiade Games in Kazan.

In 2013 Nicole Gatt  obtained bronze medal  in Youths in the 53 kg  category in the Commonwealth Championships in Penang.

Presidents of Malta Weightlifting since 1975

Since its formation in 1975, several individuals served on the committee of the M.W.A., Mr. Charles Mifsud the Founder and President till his passing away in 2004.