Jessica Edge in the CWG Glasgow 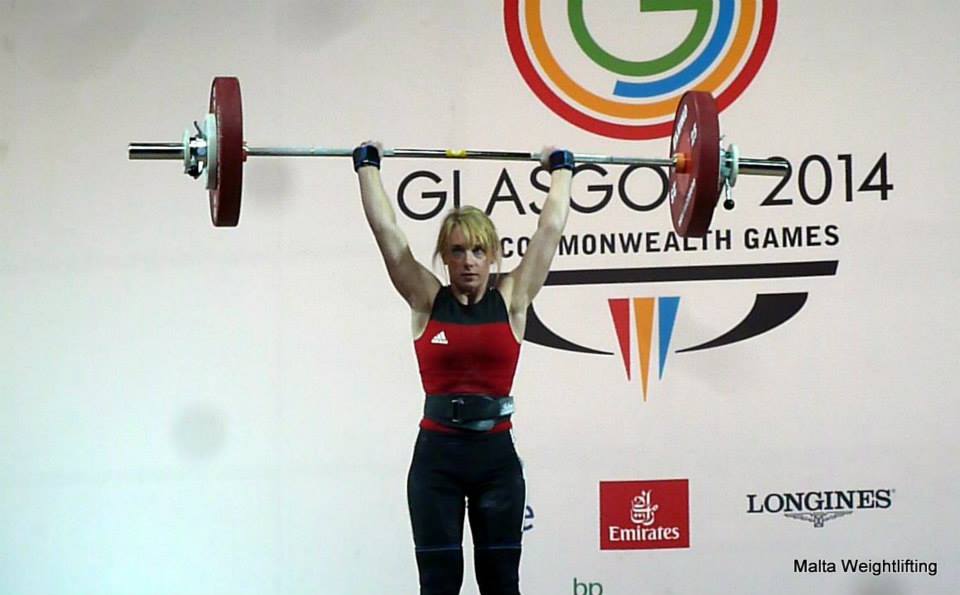 With the Snatch and the Clean and Jerks completed the new total Maltese national record was broken by 27kgs. The athlete finished on a total of 145kgs with the previous record being 118kgs.