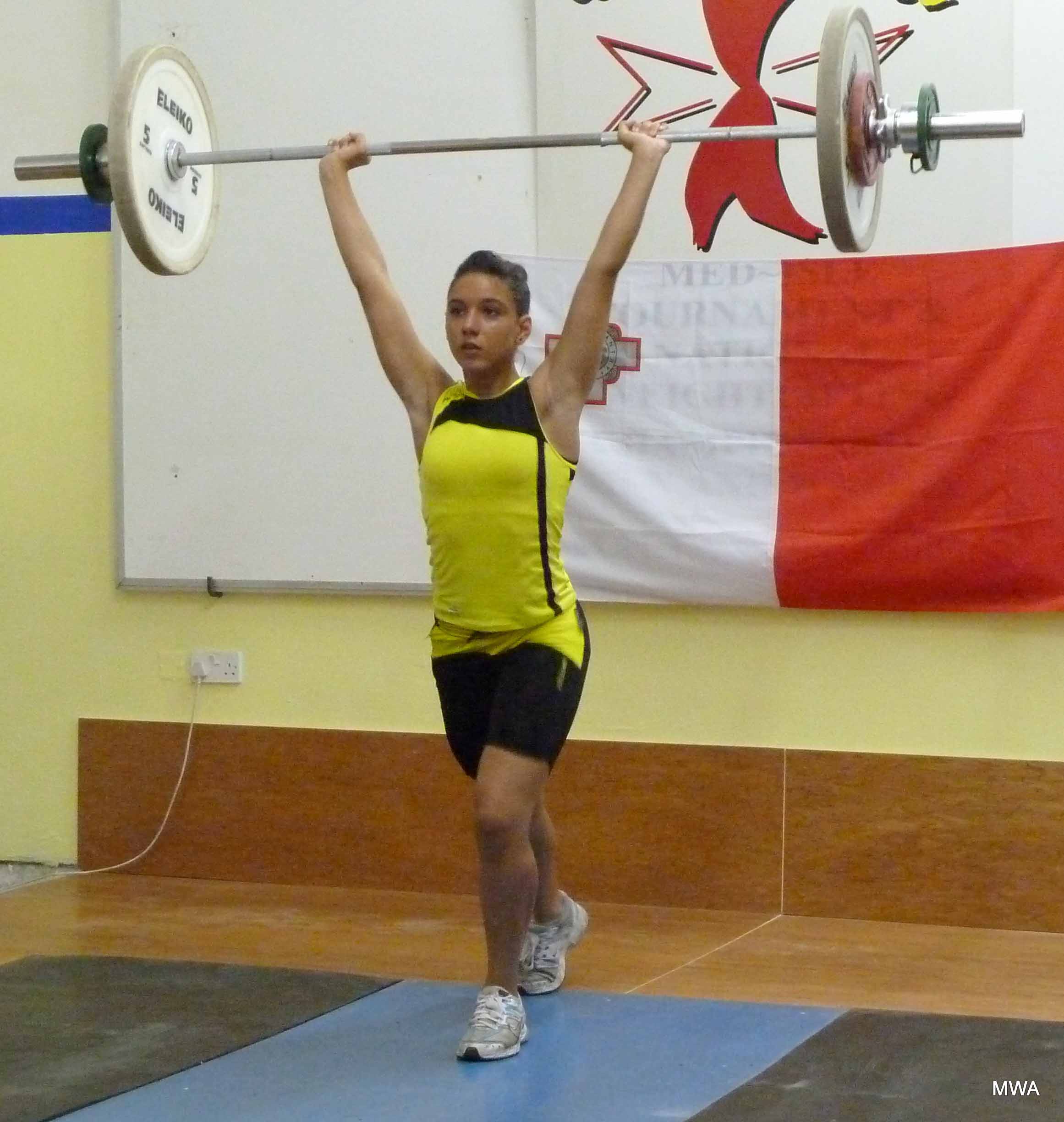 The Malta Weightlifting Association has just organised a competition held at the Cottonera sports complex. This was the first one of two qualifying competitions from which 2 teams will be chosen to represent Malta in the Mediterranean cup. Even though its midsummer a great number of athletes battled it out for the top places since this is a selection competition. In fact 3 gyms took part being Cottonera, MCAST Naxxar and Starmax.

The local weightlifting scene is becoming more popular, this is shown by the increased presence of females athletes in this sports. In fact Nicole Gatt established 3 new national records in the youth section of the 44kg bodyweight category with a 25kg snatch, a 32kg clean and jerk, thus totalling 57kg. In second position came Destiny Busutil with 91points and Gabriealla Grima in 3rd place with 70points.

This competition was refereed by Jesmond Caruana, Kristian Mintoff and Ramona Borg with the latter two making their examination to become national referees. The Rules and regulations course which leads to one becoming a national weightlifting referee, was run by Jesmond Caruana and it was a success. 9 persons attended the course and all managed to pass the theory part of the examination.  Also the IWF choose Jesmond Caruana to be one of the technical officers during the commonwealth games which are going to be held in New Delhi, India during 3-14th October 2010.

The MWA will be taking part in the activities organised by Puttinu Cares in Marsaskala on the 18th September. In addition the AGM will be held in the Cottonera sports complex on Saturday 25th September and the election for the posts of secretary and two members will be contested.

The Cottonera sports complex was greatly refurbished for the upcoming training camp and Mediterranean cup competition. This was done with the great help of the KMS. In the following days there will be the official opening ceremony of the gym and at the same time certificates will be awarded for those persons who successfully finished the rules and regulations course and the practical part of the examination thus qualifying as national referees.