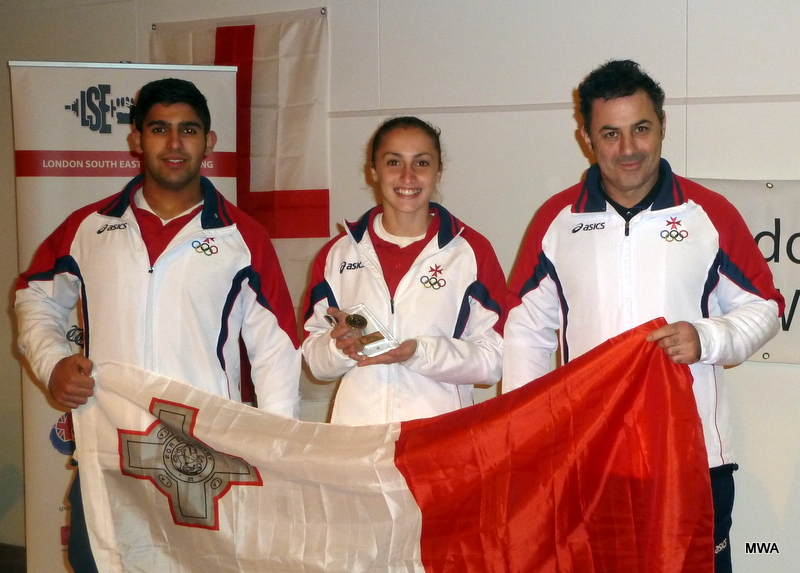 Two  Maltese Weightlifters have just returned from England where they represented Malta in the LSE London Open Championships. In this competition Rodmar Pulis and Nicole Gatt competed against athletes from England, Wales and Ireland.

Nicole Gatt participated in the under 53 kg category which was fiercely competitive. In the snatch Gatt managed 45kg, unfortunately  at this stage she was still 4kg away from the medal position. However with immense ability in the Clean & Jerk she managed to clinch the second position with a lift of 65 kg, breaking 9 national records.

In the 77kg category Rodmar Pulis had a difficult competition against 14 athletes which made it the largest of the competition. In the Snatch he managed 98 kg and the Clean & Jerk he managed 127 kg. Unfortunately he lost 130 when he lost a little bit the balance in the recovery, so he had to settle with the 4th place. Totaling 225kg Pulis broke 3 national records and with 284 points he placed 7th in the overall ranking of 27 male athletes. Both Pulis and Gatt were the youngest athletes in their categories, which clearly proves that the national association is investing in young talent, helping them to become the stars of tomorrow.

The athletes were accompanied by Association’s President Jesmond Caruana. This competition was possible with the help of the Malta Olympic Committee